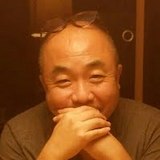 Show Academic Trajectory
Ego Network
D-Core
Research Interests
Author Statistics
Experience
Sign in to view more
Education
Sign in to view more
Bio
Song Chong is a full professor in the School of Electrical Engineering at Korea Advanced Institute of Science and Technology (KAIST) where he has led Network Systems Laboratory since 2000. He was the Head of Computing, Networking and Security Group of the school in 2009-2010 and 2015-2016. He is also the Founding Director of KAIST 5G Mobile Communications & Networking Research Center. Prior to joining KAIST, he was with the Performance Analysis Department, AT&T Bell Laboratories, Holmdel, New Jersey, USA, as a Member of Technical Staff. His current research interests include wireless networks, mobile systems, performance evaluation, distributed algorithms and data analytics. He is on the editorial boards of IEEE/ACM Transactions on Networking, IEEE Transactions on Mobile Computing and IEEE Transactions on Wireless Communications. He was the Program Committee Co-Chair of IEEE SECON 2015 and has served on the Program Committee of a number of leading international conferences including IEEE INFOCOM, ACM MobiCom, ACM CoNEXT, ACM MobiHoc, IEEE ICNP and ITC. He serves on the Steering Committee of IEEE WiOpt and was the General Chair of IEEE WiOpt 2009. He received the IEEE William R. Bennett Prize Paper Award in 2013, given to the best original paper published in IEEE/ACM Transactions on Networking in 2011-2013, and the IEEE SECON Best Paper Award in 2013.