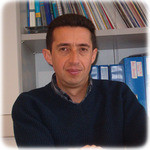 Show Academic Trajectory
Ego Network
D-Core
Research Interests
Author Statistics
Experience
Sign in to view more
Education
Sign in to view more
Bio
Dr. Mayora obtained his Ph. D. at DIBE, University of Genoa, Italy in 2000. In the same year, he joined the Advance Interactive Systems Laboratory at VTT Electronics in Oulu, Finland, as an ERCIM Visiting Research Fellow. In August 2001 he was appointed Associate Professor at Tecnológico de Monterrey and Head of the Graduate Program in Computer Science in January 2002. Dr. Mayora is member of the ACM and SIG-CHI and was former president of ACM SIG-CHI for Mexico. He has participated as general chair of various conferences and is founder of Pervasive Health Conference, Intetain, User Centric Media Conference and Latin American Conference on HCI. Dr. Mayora has published several papers in International Conferences and Journals, participated as Guest Editor of special issues of Journals such as IEEE Intelligent Systems, EURASIP Signal Processing, Springer MONET and IMIA Journal on Methods of Information in Medicine. Dr. Mayora has coordinated projects in FP6 and FP7. Currently he is involved in projects in the topic of pervasive healthcare and assistive technologies (such as FP7 MONARCA, FP7 INTERSTRESS and other projects at national level such as Ambient Aware Assistant –A3- and Occupational Therapy and Rehabilitation-OTR) and in User Centric Media-related projects such as GEOMEDIA and NextMEDIA. Since September 2004, Dr. Mayora is the head of Ubiquitous Interaction Group in CREATE-NET research center in Trento, Italy.