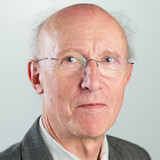 Show Academic Trajectory
Ego Network
D-Core
Research Interests
Author Statistics
Experience
Sign in to view more
Education
Sign in to view more
Bio
Prof. Maxime Crochemore received his PhD in 1978 and his Doctorat d'état (DSc) in 1983 at the University of Rouen. He got his first professorship position at the University of Paris-Nord in 1985 where he acted as President of the Department of Mathematics and Computer Science for two years. He became professor at the University Paris 7 in 1989 and was involved in the creation of the University of Marne-la-Vallée where he is Professor, Emeritus from 2007. He also created the Computer Science research laboratory of this university in 1991 and was the director until 2005. He was Deputy Scientific Director of the Information and Communication Department of CNRS from 2004 to 2006. He was Senior Research Fellow from 2002 to 2007 and is presently Professor at King's College London. He is Honorary Doctor of the University of Helsinki. Prof. Crochemore's research interests are in the design and analysis of algorithms. His major achievements are on string algorithms, which includes pattern matching, text indexing, coding, and text compression. He also works on the combinatorial background of these subjects and on their applications to bio-informatics. He has co-authored several textbooks on algorithms and published more than 200 articles, among which 144 are listed on the DBLP Bibliography Server as of February 2011. He has been the recipient of several French grants on string algorithms and bio-informatics. He participated in a good number of international projects on algorithms and supervised to completion more than twenty PhD students.