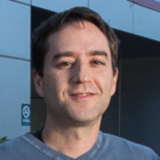 Show Academic Trajectory
Ego Network
D-Core
Research Interests
Author Statistics
Experience
Sign in to view more
Education
Sign in to view more
Bio
Brian Levine joined the UMass Computer Science faculty in Fall 1999 as an assistant professor. He was promoted to Professor in 2010. He is currently the founding Director of the nascent UMass Amherst Cybersecurity Institute. He was the Computer Science Undergraduate Program Director from 2009-2012. He received his Master's and PhD in Computer Engineering from the University of California, Santa Cruz in 1996 and 1999, respectively. He received his B.S. in Applied Mathematics & Computer Science from the University at Albany in 1994. His research and teaching focus on security, privacy, and forensics in the context of mobile systems, cellular networks, and the Internet. He has published more than 80 papers on these topics and received over 13,000 citations to these works. Brian's funding has included awards from the National Science Foundation as PI for Secure and Trustworthy Computing (medium, small, and eager awards), NETS, GENI, and SFS capacity and scholarship programs, the Dept. of Defense's capacity building program for security education, the National Institute of Justice's Electronic Crime program, and four years of support from the Department of Justice for forensics research. Since arriving at UMass, Brian has been the PI of research awards totaling more than $11 million, and co-PI on additional awards. He received an NSF CAREER award in 2002 for work in peer-to-peer networking. He was a UMass Lilly Teaching Fellow in 2003 and was awarded his college's Outstanding Teacher Award in 2007. In 2008, he received the Alumni Award for Excellence in Science and Technology from the Univ. at Albany. In 2011, he was awarded the College of Natural Science's Outstanding Research Award, out of faculty from 15 departments. He served as an associate editor of IEEE/ACM Transactions on Networking 2005--2010. He was the TPC co-chair of ACM MobiCom 2011, TPC vice-chair of the 2011 DFRWS Annual Forensics Research conference, and TPC Chair of the 2012 DFRWS Annual Forensics Research Conference. Since 2015, he has been an associate editor of ACM Transactions on Mobile Computing. He is a founding co-organizer of the New England Security Day. In 2012, he was invited to give testimony to the US Sentencing Commission hearing on "Federal Child Pornography Offenses". In 2013, he was the opening keynote speaker for the USENIX SYSTOR conference, and in December 2015, he was the opening keynote speaker at the Yahoo Tech Pulse conference. Brian enjoys maintaining links with industry. He was VP of Research during a sabbatical spent at Fiksu, Inc. (Boston), and has spent summers working Intel Research Lab (Cambridge, UK) and Sprint Advanced Technology Lab (San Francisco), and as a graduate student back in the 20th century he interned at INRIA Sophia-Antipolis (France), Bell Labs (New Jersey), and Sun Labs (Mountain View).