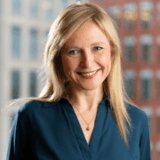 Her work is regularly featured in the scientific and popular press, in museums of Art and Science as well as in textbooks of Perception, Cognition, Computer Vision and Design. She is the recipient of a National Science Foundation CAREER Award (2006) in Computational Neuroscience, an elected Fellow of the Association for Psychological Science (APA), the recipient of the 2014 Guggenheim fellowship in Computer Science and an Osher Fellow of the Exploratorium, San Francisco. Her research programs are funded by the National Science Foundation, the National Eye Institute, Google, Toyota and Xerox. See her google scholar profile page.