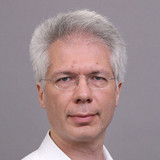 Show Academic Trajectory
Ego Network
D-Core
Research Interests
Author Statistics
Experience
Sign in to view more
Education
Sign in to view more
Bio
Denis is a professor of computer science and mathematics at the Courant Institute of Mathematical Sciences at New York University. He is an associate editor of ACM Transactions on Graphics, the leading journal in the field. He was a program committee co-chair of the Symposium on Geometry Processing and program committee member of numerous conferences including all leading conferences in Computer Graphics. His former students and postdocs currently hold faculty positions at a number of universities, including Stanford, Columbia, University of Toronto, University of Texas at Austin and University of Michigan. His work has won a number of best paper awards; he currently holds five patents. He received his bachelor’s degree in in Applied Mathematics and Physics from the Moscow Institute of Physics and Technology, master’s degrees in mathematics and computer science from Ohio State University and California Institute of Technology, and his Ph.D. in computer science from California Institute of Technology. Denis’s primary interests span the domains of geometric modeling, geometry processing and scientific computing. His main contributions are in the theory and practical algorithms for subdivision surfaces, surface deformation and mapping and efficient computational methods for integral equations.