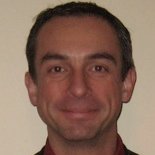 Show Academic Trajectory
Ego Network
D-Core
Research Interests
Author Statistics
Experience
Sign in to view more
Education
Sign in to view more
Bio
Henrik Wann Jensen is a professor at the University of California at San Diego, where he is working in the computer graphics lab. His research is focused on realistic image synthesis, global illumination, rendering of natural phenomena, and appearance modeling. His contributions to computer graphics include the photon mapping algorithm for global illumination, and the first technique for efficiently simulating subsurface scattering in translucent materials. He is the author of "Realistic Image Synthesis using Photon Mapping," AK Peters 2001. He has rendered images that have appeared on the frontcovers of the National Geographic Magazine and the SIGGRAPH proceedings. He previously worked at Stanford University, Massachusetts Institute of Technology (MIT), Weta, Pixar, and at mental images. He received his M.Sc. and Ph.D. in Computer Science from the Technical University of Denmark. He is the recipient of an Academy Award (Technical Achievement Award) from the Academy of Motion Picture Arts and Sciences for pioneering research in rendering translucent materials. He also received a Sloan Fellowship, and was selected as one of the top 10 scientists by Popular Science magazine.