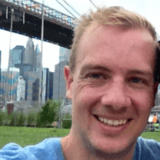 Show Academic Trajectory
Ego Network
D-Core
Research Interests
Author Statistics
Experience
Sign in to view more
Education
Sign in to view more
Bio
Hal Daumé III is a Perotto Professor in Computer Science at the University of Maryland, College Park; he also spends time at Microsoft Research, New York City. He holds joint appointments in UMIACS and Language Science. He was previously an assistant professor in the School of Computing at the University of Utah. His primary research interest is in developing new learning algorithms for prototypical problems that arise in the context of natural language processing and artificial intelligence, with a focus on interactive learning and building systems that minimize social harms. He has received several awards, including best paper at ACL 2018, NAACL 2016, CEAS 2011 and ECML 2009, as well as best demo at NeurIPS 2015. He has been program chair for NAACL 2013 (and chair of its executive board), and ICML 2020; he was an inaugural diversity and inclusion co-chair at NeurIPS 2018. He earned his PhD at the University of Southern California with a thesis on structured prediction for language (his advisor was Daniel Marcu). When not sciencing, he spends most of his time working on the six limbs of yoga, cooking vegan food, and enjoying the outdoors (climbing, backpacking, skiing, etc.).