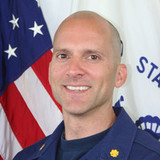 Show Academic Trajectory
Ego Network
D-Core
Research Interests
Author Statistics
Experience
Sign in to view more
Education
Sign in to view more
Bio
Jason Smith is a combat-wounded veteran of the Army and has led soldiers during three combat deployments, to include Iraq and Afghanistan as an AH-64A Attack Helicopter Pilot and Commander. During his service as an officer in the Coast Guard he has completed nine afloat deployments in emergency response to hurricanes Katrina and Rita. Jason has experience working with national level leaders in the Executive Branch and in the U.S. Senate, and as part of several foreign delegations.