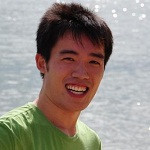 Show Academic Trajectory
Ego Network
D-Core
Research Interests
Author Statistics
Experience
Sign in to view more
Education
Sign in to view more
Bio
Zhizheng Wu has been a Research Scientist at Apple Inc. since 2016, prior to which he was a research fellow at University of Edinburgh from 2014 to 2016. He received his Ph.D. from Nanyang Technological University, Singapore. During his studies, he joined Microsoft Research Asia (2007 - 2009) and the University of Eastern Finland (2012) as a visiting scientist and received the best paper award at the Asia Pacific Signal and Information Processing Association Annual Summit and Conference (APSIPA ASC) 2012. He co-organised the first Automatic Speaker Verification Spoofing and Countermeasures Challenge (ASVspoof 2015) at Interspeech 2015 and the first Voice Conversion Challenge (VCC 2016) as a special session at Interspeech 2016. He delivered a tutorial on “Spoofing and Anti-Spoofing: A Shared View of Speaker Verification, Speech Synthesis and Voice Conversion” at APSIPA ASC 2015. He is the principal architect of the open-source speech synthesis system, Merlin.