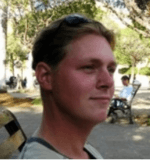 Show Academic Trajectory
Ego Network
D-Core
Research Interests
Author Statistics
Experience
Sign in to view more
Education
Sign in to view more
Bio
Jort Florent Gemmeke was born in 1980 in Alkmaar, The Netherlands. He graduated from the University of Amsterdam with Master of Science degree in Physics. After graduation he pursued a PhD at the Radboud University Nijmegen. From 2011 to 2014 he was working as a postdoctoral researcher at the KU Leuven, Belgium in the ESAT-PSI speech group. From 2015 to 2017 he worked at Google on acoustic event detection. Currently, he works at Apple.