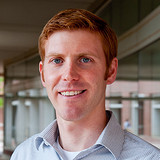 Show Academic Trajectory
Ego Network
D-Core
Research Interests
Author Statistics
Experience
Sign in to view more
Education
Sign in to view more
Bio
William Enck is an Associate Professor in the Department of Computer Science at the North Carolina State University where he is director of the Wolfpack Security and Privacy Research (WSPR) laboratory. Prof. Enck’s research interests span the broad area of systems security, with a focus on access control in emerging and complex systems such as those found in mobile platforms, Internet of Things (IoT), networks, and cloud infrastructure. In particular, his work in mobile application security has led to significant consumer awareness and changes to platforms. Prof. Enck was awarded the National Science Foundation CAREER Award and regularly serves on program committees for top conferences in security such as USENIX Security, IEEE Security and Privacy, ACM CCS, and NDSS. He is serving as department editor for IEEE Security and Privacy Magazine, as associate editor for ACM TOIT, and on the steering committees of the USENIX Security Symposium and ACM WiSec. He was program co-chair of USENIX Security 2018 and ACM WiSec 2016. Prior to joining NC State, Prof. Enck is a member of the ACM, IEEE, ISSA, and USENIX.